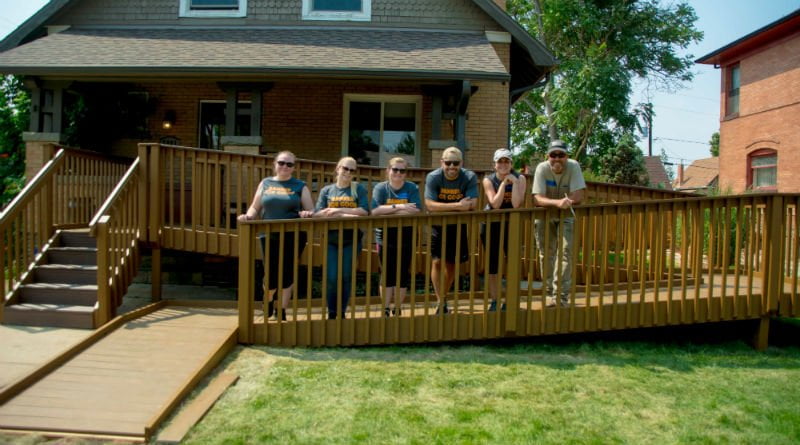 Over 200 volunteers gathered to build ramps for Metro Denver residents between Aug. 23 and Aug. 25. Crews finished 20 ramps for residents from Broomfield to as far south as Larkspur.

The annual project is part of HBF’s mission to help Denver residents with disabilities stay in their homes and live with independence.

“It has been amazing to watch this event grow to serve so many recipients in our community,” Beth Forbes, executive director of HBF, said in a statement.

In addition to the volunteers who gave their time and expertise to the project, financial and in-kind donations were collected to support the effort. Treated lumber was donated by Universal Forest Products, and Bluelinx contributed decking. FirstBank was the presenting sponsor.

Forbes noted how Blitz has grown over the years.

“The Blitz Build began as a way to address a backlog of projects and engage volunteers,” she said. “The first year, we completed seven ramps with a handful of volunteers. After this year, nearly 150 ramps will have been built during Blitz Build weekends.” Brookfield Residential and Trade Partners Provide Inspiration to Others with $123,000+ Contribution to Home Builders Foundation