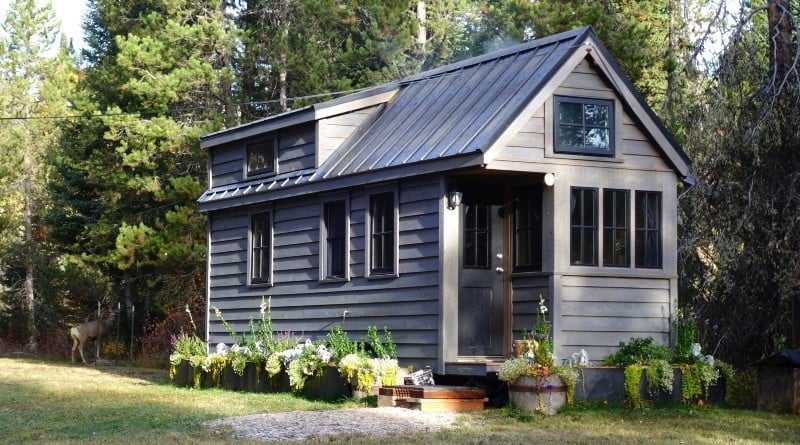 Property listings mentioning ADUs increased an average 8.6% every year between 2009 and 2019, according to Freddie Mac. (Photo: Ariel Mcglothin, Dreamstime)

Accessory dwelling units have been held up as a solution to the lack of affordable housing. The cost of land is one of the most significant drivers of home prices, and building an additional residential structure on a lot that’s already been paid for can cut the cost tremendously. A 2013 study of permitted ADUs in Portland found that the median cost of a detached unit was $90,000, while attached units cost just over half that. Meanwhile, the median home price in that study was $290,000.

However, opponents to ADUs argue that increasing the supply of affordable units doesn’t guarantee that those homes will go to people who need them. The rise of short-term rentals and the need for dedicated office space means many of those units could end up being used by current property owners, according to an Economic & Housing Research Insight published by Freddie Mac.

The agency studied the prevalence of ADUs in an attempt to understand their potential impact on the affordable housing shortage. One of the challenges in earlier studies is determining just how many of these units exist.

It’s hard to track the prevalence of these structures for a couple of reasons. One, they go by many names, from cute colloquialisms like granny flat or in-law suite to more generic descriptions like guest house or separate apartment. Freddie Mac used text mining to scour 600 million MLS transactions going back as far as the late 1990s, looking for any mentions that describe structures like ADUs, including shorthand. The report found 1.4 million listings around the country that included an ADU.

“Most studies seem to agree on the prevalence of unpermitted ADUs in neighborhoods that lack affordable housing,” the authors wrote. “For example, a 2009 field survey of three neighborhoods in Los Angeles with high numbers of foreclosures revealed that 34% to 80% of single-family housing units in these areas were likely to have illegal ADUs.”

To account for these challenges, Freddie Mac analyzed the rate of property listings in MLS that mention ADUs by any name. It found that between 2009 and 2019, property listings mentioning ADUs for the first time increased an average 8.6% every year.

Unsurprisingly, demand is highest in areas where the population is growing the fastest: the South and the West, including Colorado. Half of the ADUs identified in Freddie Mac’s survey are in California, Florida, Georgia and Texas. In Denver, the average annual growth of ADUs between 2015 and 2018 was 2.7%.

“The scarcity of affordable housing in high-cost areas of the country has resulted in the passing of ordinances aimed at reducing restrictive zoning in some jurisdictions,” the authors wrote.

One thought on “How popular are ADUs?”