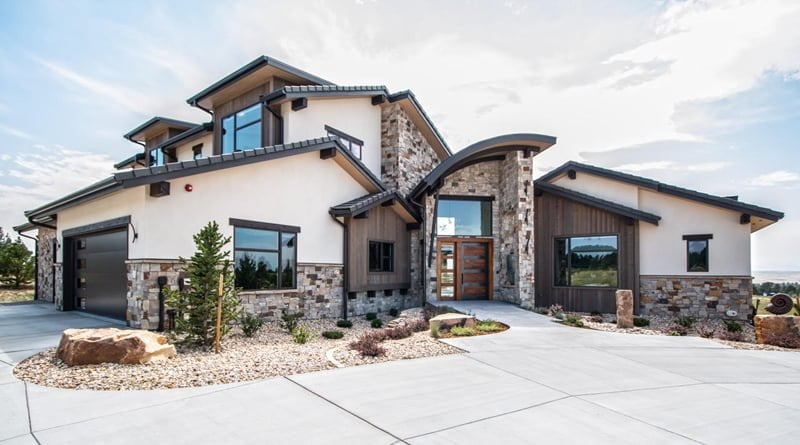 Victoria and Rossetti met while teaching together at Delaware Joint Vocational School.

“Neither of us have sisters, but we’re probably pretty darn close,” said Rossetti of their over 40 years of friendship.

In 1998, Rossetti was on a bicycle ride when a three-and-a-half ton tree fell on her, leaving her paralyzed from the waist down with a spinal cord injury. She recalls that as soon as she was well enough to take a phone call, a phone was brought to her bedside in the hospital, with Victoria on the other end.

Rossetti and her husband, Mark, stayed in Ohio after the accident, where, unable to find a home that adequately met her need for increased accessibility, they built their own. Their home in Columbus was designed to be entirely accessible via wheelchair, and included other features that would allow them to age in place. Their home would become the blueprint for the Parsons’ home in Parker years later, but became an example and a learning tool for many others before them.

The Rossetti home is now called the Universal Design Living Laboratory, a term created by Denver-based designer and consultant on the project Robert August.

“Universal design is another important ingredient to creating an outstanding home, and it’s one of the processes that’s becoming more acceptable,” August told us. “It should not cost more money to build a universal design home; it’s about making planned changes from the very beginning.”

These include some of the changes in the UDLL and in the Parsons’ home, which are outlined in Rossetti’s Universal Design Toolkit.

“Our home would not have been possible without it,” Victoria said. “We had never built a home before; we’d never done a remodel before.”

While the Rossetti and Parsons families had unique experiences that led them to build their homes, August explains that not only is universal design within reach for anyone designing a home, it should become more common. To put things in perspective, August suggested taking any chair in your home, and moving it around to different rooms and spaces, seeing where and how universal design becomes necessary. You would find outlets that are too low to comfortably access while seated, knobs at the back of your stove that are unreachable, or doorways that are too narrow to get through. Community and industry come together for HBF recipient

In fact, Laughlin said, some homeowners may actually see this as the primary benefit of a smart lighting product. “Smart