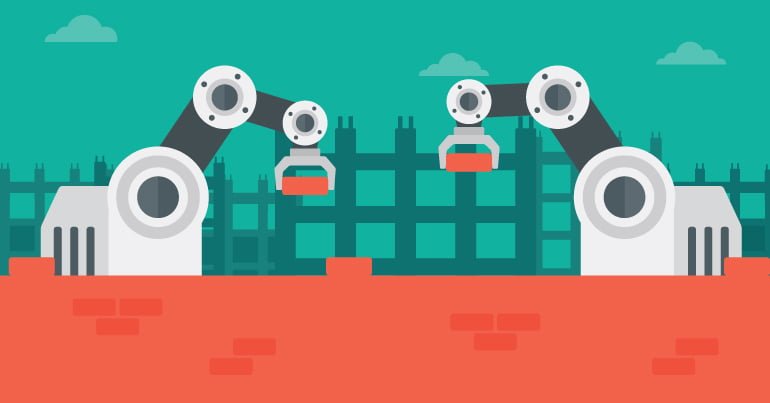 Safety and efficiency are two benefits of advanced technology in construction.

The construction industry is fairly insulated from the disruptive effects of automation. CB Insights, a market research firm that focuses on technology startups, found that construction workers are among the least likely to be replaced by robotics over the next five to 10 years.

However, there are still about 1.2 million construction jobs at risk, according to the firm.

That doesn’t have to be a bad thing. The industry is already struggling to find skilled workers, and automation can help builders safely complete repetitive, dangerous or difficult tasks.

“If you want to transform the construction industry, … you start with safety,” according to David Bruemmer, CEO and founder of Adaptive Motion Group, and former chief technology officer for 5D Robotics.

Bruemmer told Colorado Builder that by focusing on safety, automation “doesn’t force construction companies to do things necessarily differently” from how they already operate. Too-rapid change is one of the biggest pitfalls for technology firms trying to serve the construction industry.

“Robotics [companies] just don’t understand how devastating it is to make sudden, sweeping changes in processes,” he said.

Bruemmer said that construction equipment outfitted with safety kits similar to the collision-prevention systems on high-end cars are the “low-hanging fruit” for construction tech companies. Sensors can detect a person or object in the path of equipment and either alert the operator or, in the case of fully autonomous equipment, come to a stop.

The difficulty is that “old-school vehicles weren’t designed to be robots,” Bruemmer said. Companies that find a way to overcome that will be most successful in serving builders.

One contender is Built Robotics. CB Insights identified Built as one of its tech startup gamechangers for 2018. The San Francisco-based firm retrofit a track loader with software and sensors to create an autonomous vehicle. The firm announced in October 2017 that it had raised $15 million in Series A funding, and had completed its first commercial project.

“Our technology addresses some of the core issues facing construction — labor shortages, efficiency and safety,” Built’s founder, Noah Campbell-Ready, said in an email. “Our ATL (autonomous track loader) can do the more dangerous or repetitive aspects of the job, enabling skilled operators to focus on the challenging tasks, and letting contractors complete more work and get more done.”

Campbell-Ready added, “We may lease or sell our technology in the future, but don’t have a specific release date.”

In addition to Built, CB Insights highlighted Victor, New York-based Construction Robotics and Russian firm Apis Cor. Instead of replacing laborers, Construction Robotics aims to make them more productive with its brick-laying robot. The firm’s SAM100 — “semi-automated mason” — robot can lay between four and seven times as many bricks as a human, according to the company.

“This offers contractors and developers approximately a 50% reduction in total costs,” CB Insights analysts noted on a webinar.

Apis Cor is a 3D printing company that can build a 400-square-foot home in less than 24 hours, and for less than $10,000. The printer requires two people to operate it, and can be set up in 30 minutes. HBF, Lennar go the extra mile for a family in need