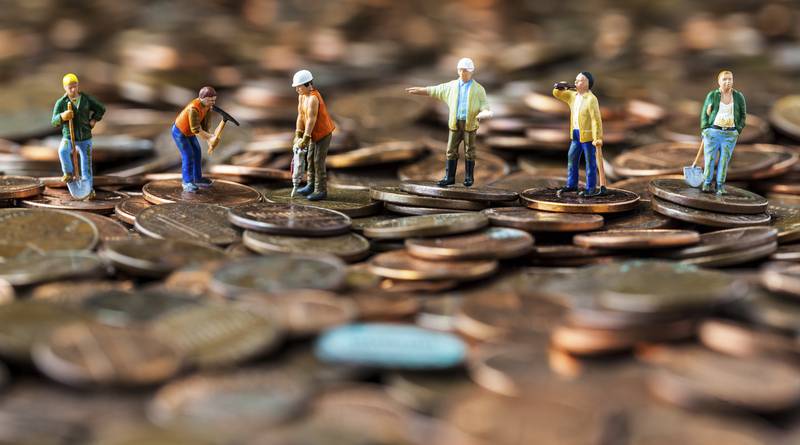 The economy grew in line with historical norms in 2019, according to Cris deRitis, deputy chief economist at Moody’s Analytics. Then COVID-19 hit, and output fell 10% as leaders attempted to limit the spread of the pandemic around the world.

There was “substantive economic growth” in the third quarter, deRitis said during a webinar hosted by Dodge Data & Analytics in November, but the economy was still 40% below where it had been projected.

Moody’s is predicting growth to come back in 2021 and 2022, but our economic future is still tied to COVID-19, deRitis said. He noted that even if the promising results of a recently announced vaccine candidates turn into an approved vaccine, it will take some time to be distributed and see cases come down.

“We’re still assuming that the economy will struggle for another quarter or two until that vaccine really kicks in and is being widely distributed, by our estimates, sometime in the late first quarter, second quarter of next year,” he said.

DeRitis noted that the labor market is “healing,” as jobs have been added since March. However, growth is slowing and hasn’t recovered from the magnitude of the drop we saw in April.

“At this pace, it’s going to take several years to get back to the level of employment that we had earlier this year,” he said.

He pointed out that the labor market isn’t homogenous, and the “employment recovery really does vary depending on which industry you’re looking at.”

“Construction of residential homes are certainly a bright spot in the economic picture,” deRitis said. In fact, “we have employment that is above what we had in January, and still we have ample demand for housing going forward, so that sort of is a source of strength.”

Interest rates are “the easiest thing to project at the moment,” deRitis said, noting that they will “remain low for an extended period of time,” suggesting that the Federal funds rate could stay near zero through 2023.

DeRitis warned that low interest rates can “cause us to invest improperly,” including overvaluing home prices. He added that he doesn’t see a lot of risk at the moment of a bubble bursting” around housing prices.

“Fundamentals are still strong, and we haven’t really built out or recovered fully from the last recession,” he said, “so I think there is room here to continue to grow and the demand is quite robust.”