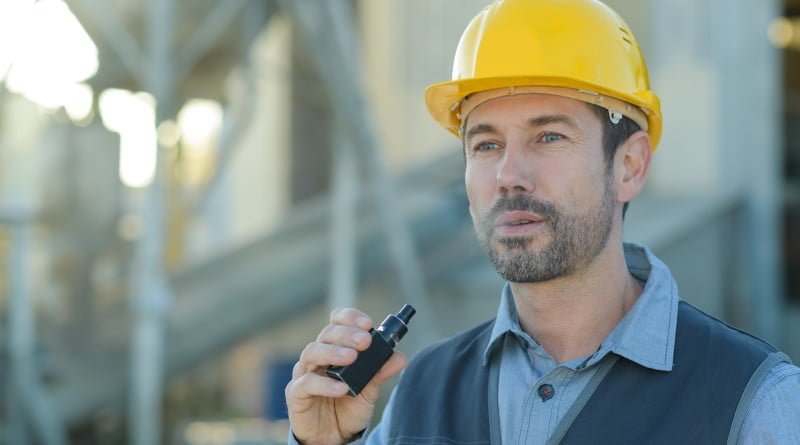 Construction workers are more likely to use tobacco products than workers in other industries, a study found. (Photo: Auremar, Dreamstime)

Construction workers face health risks on the job, but are they more likely to engage in unhealthy behaviors away from the jobsite? A report conducted jointly between National Institute for Occupational Safety and Health and the Center for Construction Research and Training (CPWR), identified five unhealthy or risky behaviors that were more common among construction workers than the general workforce.

“Total Worker Health is an approach that integrates occupational health and safety (such as preventing injuries or exposures to chemical and physical hazards) with promotion of personal healthful behaviors (such as not using tobacco, eating a healthful diet, drinking in moderation, and using a seat belt),” Winifred Boal, research epidemiologist in the Division of Field Studies and Engineering at NIOSH and lead author of the report, told Colorado Builder.

The study found construction workers were less likely than those in other industries to engage in those healthful behaviors. The study was published in the Journal of Occupational and Environmental Medicine. Occupational Health & Safety magazine reported on the findings in early July.

Smoking and smokeless tobacco use were more common among construction workers, as was binge drinking, according to the report. Construction workers were also less likely to wear a seatbelt or engage in physical activity in their free time.

The study broke down findings by 38 different construction jobs, according to OHS. It found that carpenters, laborers and roofers had “significantly elevated prevalences” than their peers for risky behaviors, excluding short sleep. Construction managers had “elevated prevalences” of smoking and smokeless tobacco use, binge drinking and not using a seatbelt.

“Safety culture begins at the top, and employees might be more likely to adopt healthful behaviors when their leaders exhibit and promote these behaviors themselves,” she said in an email.

“This can include such actions as setting and enforcing [a] tobacco ban and seat belt use policies, incorporating health promotion programs (such as smoking cessation), and identifying and addressing work-related stressors that could lead to employees’ health risk behaviors.”

The study, published in May, did not set out to determine whether these health risks were linked with on-the-job injuries, but other research indicates that nonoccupational behaviors are correlated with workplace injuries.